Formerly Senior Vice President of Finance and Operations at MTV Networks UK & Ireland, Richard Tan brings a wealth of global business experience to the new role. Responsible for the group’s financial structure and performance across 10 international territories, he will play a key strategic role in the continued development and expansion of bigmouthmedia, Europe’s largest independent digital marketing 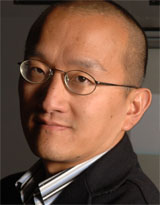 “As the group continues to press forward with its ambitious growth strategy, we have identified the need to recruit a CFO capable of injecting fresh impetus and expertise at a senior group level. Richard’s breadth of experience working with growing international businesses, implementing acquisitions and driving group synergies made him the ideal man for the job,” said Steve Leach, bigmouthmedia CEO.

Working at MTV Networks from 2004, Tan held responsibility for all financial and operational affairs across the brand’s portfolio including Paramount, Nickelodeon and the Nordic Region. Playing a key role in helping to drive business and commercial strategy, he oversaw the company’s business and performance analysis while managing all aspects of its infrastructure and service areas.

Originally qualifying as a Chartered Accountant with Deloitte and Touche, Tan’s appointment marks the latest in a series of senior executive appointments at bigmouthmedia. UK Managing Director Lyndsay Menzies was recently promoted to Chief Operating Officer while International Head of Sales and Marketing David Hardy, International Head of IT Rob Noronah and Head of Client Strategy Phil Stelter have all joined the company in recent months.

“I’m delighted to have joined bigmouthmedia at such a pivotal stage of the digital marketing industry’s development. The company is well financed, has an impressive international footprint and is uniquely positioned to capitalise on the market changes set to take place over the course of the near future,” said Tan.

EPR Human Resources News is a new blog, part of EPR Network, that is going to be focused on and will be covering the human resources news and stories from press releases published on EPR Network.

EPR Network (EPR stands for express press release) is one of the nation’s largest press release distribution networks on Web. The EPR’s nationwide network includes 12 State based PR sites, one major PR forum and a number of industry specific PR blogs and what started as a hobby on Internet years ago turned out to be a rapidly growing business today. EPR Network is also known as one of the most trusted (human optimized, published, edited and monitored, spam/scam/low quality PR content free) PR sites on the web with more than 10,000 company and individual press releases distributed per month. EPR Network is putting your press releases on top of all major search engines’ results and is reaching thousands of individuals, companies, PR specialists, media professionals, bloggers and journalists every day.

EPR Network has thousands of clients around the world including global 500 corporations like Hilton Hotels, Barclays Bank, AXA Insurance, Tesco UK, eBay/Skype, Emirates, just to name a few. The network’s PR web sites are currently reaching from 150,000 to sometimes 500,000 unique visitors per month while our viral reach could possibly go to as much as 1M people per month through our presence across various social media sites. EPR Network was established in 2004 and as of May 2008 it had more than 800,000 press releases (pages) published on its network.