Joslin Rowe, one of the leading UK financial services recruitment firms, have released research that suggests the type of candidate most likely to be hired into a temporary product control job is going to change, following a warning from the Financial Services Authority (FSA) that firms need to maintain their valuation and product controls more stringently.

Tom Forrest, associate director of Joslin Rowe’s temporary accountancy & finance recruitment division, clarifies: “The UK Financial Services Authority has issued a ‘Dear CEO’ letter, cautioning banks and investment firms with trading operations that they will be visiting in the first half of 2009 to focus on valuation control processes. For many firms, this will be the impetus to change the type of person they look for in both temporary and permanent product control hires.”

According to Joslin Rowe research, product control departments have evolved enormously in the last 5 years and because of that, the parameters of product control careers have changed.

“Over the years, the number crunching of profit and loss figures have all been offshored,” explains Forrest. “Today, the typical temporary product control job in the UK market is a very analytical and risk orientated position. Product control job specs are asking for a totally different class of person for what’s essentially seen as a new breed of role.”

The current climate of concern over risk exposure and writedowns will also add fuel to the demand for strong product controllers.

“Confidence can only return to the market when product valuations and controls are watertight,” believes Forrest. “The product control function will be vital in achieving this. Candidates need to demonstrate, at interview, that they can build robust relationships with the trading floor and can control the big personalities that often dominate.”

Forrest predicts that the market will see a real shift in the type of temporary product control jobs being recruited for over the remainder of the year.

“Obviously, there’s a massive amount of market caution, so hiring the right staff to support a more rigid infrastructure, whether that’s on a temporary or permanent basis, will be the main focus” states Forrest. “Anyone with product control experience typically gained within overseas banks or securities firms, who’s risk aware with a strong attitude, will find themselves in demand for any temporary product control jobs on offer. It’s worth noting good candidates are still securing multiple job offers even in this difficult market. Rates aren’t dipping either, at up to £500 a day for a temporary product control job.”

Specialists always produce better quality service and have a wider range. That’s the approach of the leading SAP employment portal service SAPCAreers.com when tackling the big players in the employment industry.

Focusing solely on work in the SAP sector, SAPCareers.com provides an excellent set of tools to help facilitate the perfect match between employer and job seeker.

One tool allows SAP job seekers to upload their resumes which then become searchable via parameters such as category and location. SAP professionals also list their skill set & experience which all combine to produce a detailed profile which potential employers and recruitment agencies can run through.

Christian Wade of SAPCareers.com is confident that by providing job seekers with the option to advertise their skills makes it an easy task for employers and recruiters looking for a suitable candidate.

“I would encourage job seekers to spend a good amount of time polishing up the resume and making sure that all relevant skills & experience are clearly listed. We have a lot of recruiters who work specifically in finding SAP clients so they really do know what they’re looking for.” said Wade, stating that the website currently has a database of over 2000SAP resumes online and near 7000 registered SAP job seekers.

Wade also added that there were benefits also for recruitment agencies. “There are general job websites where the audience isn’t very focused into a specific sector. In my experience, the real professionals in each industry avoid the general websites and are more likely to use an industry specific website. I feel that they have more confidence in a website that’s dedicated to their industry. When you post a job on SAPCareers.com you know for sure that anyone that visits the site is a SAP candidate.”

SAP is experiencing tremendous growth, and there appears to be a shortage of qualified SAP staff with good experience. Wade says he hopes to increase the number of registered job seekers heading into 2009. “We’re looking at adding plenty of resources for the SAP community in the new year. We see a great opportunity to continue our work as one of the leading websites for SAP jobs and candidates.”

Hays Retail announced the results of a new survey carried out by the recruitment specialists Hays Retail and Barclays Commercial Bank revealing that a lack of career opportunities is the main motivator for changing roles in the retail sector.

The report, which aims to reveal the truth behind attracting talent in the retail market is the result of a programme of extensive research involving retail employers and employees.

Almost half (47%) of employees working in a retail job feel that they aren’t offered the scope to progress within their organisation and therefore, have to look elsewhere to move up the career ladder.

However, according to the report from the recruitment specialists, it seems employers have a very different perception. 80% of those surveyed feel they give their staff room to progress and two thirds believe that their staff have the skills required. Yet they still state in the survey a lack of suitable candidates as their greatest recruitment challenge.

According to Clare Kemsley, Managing Director of Hays Retail, for employers to attract – and keep – the best employees, “employers need to communicate and give more detailed information of what training and career development opportunities are available within their brand and set clear career paths from the outset, before their staff look elsewhere.”

Jane Galvin, a director in Barclays Commercial Bank’s Retail and Wholesale team, commented on the findings: “The report identifies a perception gap between what staff and employers think about opportunities for career progression. At a time when retailers need a motivated workforce to navigate challenging trading conditions, recruiting and retaining good staff remains key. The most successful companies will continue to be those who keep staff happy and tap into their customer knowledge which can help retailers quickly identify trends that will increase sales and customer retention.”

Retailers continue to look to e-commerce for opportunities, with 93% of respondents believing this sector still has scope for continued growth over the coming years.

“This new Guide gives a deeper than ever insight into the retail profession and the challenges facing employers as they go about attracting talent into their organisation,”concluded Clare Kemsley.

About Hays Retail:
Hays Retail is a subdivision of Hays Plc, the FTSE 250 Company which employs 7,753 staff operating from 376 offices in 25 countries across 17 specialisms including marketing jobs, finance jobs and legal jobs. Hays Plc placed circa 68,000 candidates into permanent jobs and paid circa 46,000 temporary workers weekly during the year ending June 07. 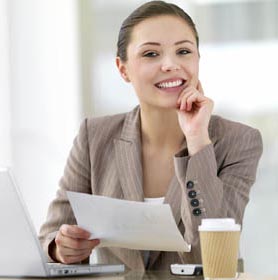 The total rewards package employers provide their employees is one of their biggest expenses, yet employees don’t recognize the cost of health benefits and other perks as part of their total reward package. DollarCompensationStatements.com provides an inexpensive solution for employers of all sizes. Employers can:

The self-service functionality is easy to use, you:

Dubai Holding, has announced that Dubai International Capital LLC (‘DIC’), its international investment arm, has been ranked in the top ten percentile, against regional and global benchmarks, in the TRI*M 2007 Employee Satisfaction Survey. TRI*M is a global leader in customer stakeholder management research, and part of TNS, a global market information and insight group.

H.E. Mohammed Al Gergawi, Chairman of Dubai Holding said: “DIC made outstanding progress in 2007 under Sameer Al Ansari’s leadership. Sameer Al Ansari and the Dubai International Capital team have built a highly profitable international investment company in a remarkably short time and these exceptional results reflect DIC’s high standards of corporate governance and high levels of employee satisfaction. The results reinforce the UAE’s status as a career destination for talented professionals in the financial sector and also demonstrate its position as a leading global financial centre.”

Sameer Al Ansari, Executive Chairman and CEO of DIC said: “DIC has achieved a great deal in a short time with a significant investment push into Asian markets this year and the closing of several major transactions in 2007. We are building on this momentum with an ambitious recruitment drive at a senior level with a target of 130 employees by the end of 2008 compared to 85 in 2007. We are hiring the resource and senior talent we need for the next phase of DIC’s ambitious growth strategy.”

About Dubai International Capital:
Established in 2004, DIC is an international investment company focused on both private equity and public equity. A wholly-owned subsidiary of Dubai Holding, DIC manages an international portfolio of diverse assets that provide its stakeholders with value growth, diversification, and strategic investments. Assets under management total over US$12 billion. DIC was named MENA Private Equity Firm of the Year in the 6th annual Awards for Excellence in Private Equity Europe 2008, organised by Dow Jones Private Equity News.

About the survey:
The survey results were measured by the TRI*M model which gives a single number score representing the level of employee commitment including overall satisfaction, recommendation, rejoining, motivation of colleagues and market strengths.

In the findings, 85% of DIC employees believe DIC has a strong reputation in the market which reflects that staff are proud to be working for the firm. 83% of employees would recommend DIC as a company to work for, compared to 74.5% in 2006.